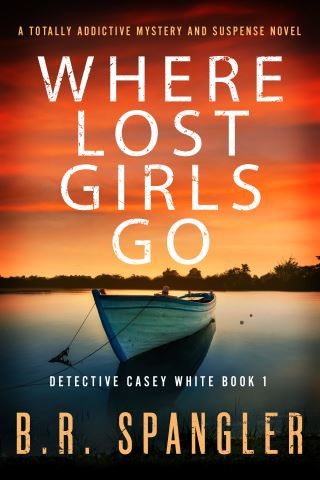 ‘I loved this book!! It has everything you could want in a mystery/thriller. It grabbed me from the first sentence and didn't let me go until the last one. I couldn't turn the pages fast enough… This book is one of my favorites of the year.’ Goodreads Reviewer, 5 stars

“Help me,” the girl cries, alone in the forest, shivering in her nightgown, her small frame almost lost between the trees. “Please.”

When Detective Casey White discovers the body of a beautiful teenage girl in a white nightgown near the shoreline in North Carolina’s Outer Banks, a familiar fear floods through her. Could this be Hannah, her sweet, blue-eyed daughter snatched from home fourteen years ago? But it only takes one look to confirm that the girl with dark bruising around her throat is another family’s tragedy.

Putting her own grief aside, Casey digs into unsolved missing child cases in the area. The victim is Cheryl Parry, one of two little girls taken during a family beach vacation nine years ago. Her sister’s body was found strangled a week later, but someone has been keeping Cheryl alive—until now.

Fearful there may be other innocent lives in danger, Casey and her team work around the clock to trace the material from Cheryl’s nightgown, but hit a dead end and don’t know where to turn. Then, another teenager’s body is found in a nearby pine forest, dressed all in white. It’s suddenly clear that a twisted killer has been hiding in the Outer Banks for years, and he will strike again.

Casey painstakingly combs the forest soil for clues to the killer’s next move, but nothing prepares her for what she finds: a buried charm bracelet exactly matching one that her little Hannah always wore—right down to the broken star charm by the clasp…

An absolutely unputdownable crime thriller with twists and turns that will have you racing through the pages. Fans of Kendra Elliot, Rachel Caine and Robert Dugoni will be completely hooked.

Read what everyone’s saying about Where Lost Girls Go:

‘OMG WHAT A BOOK!!!… A real page-turner and rollercoaster… Hooked from the first page… I literally devoured this book in one sitting. Cancel everything and curl up with this fantastic five star read… I LOVED IT!!!!’ Goodreads Reviewer, 5 stars

‘Where Lost Girls Go is an explosive, exciting, twisty, riveting read that will have you gasping for air. Make sure to set some time aside to read this one because once you start, you won’t want to stop until you reach its shocking conclusion…