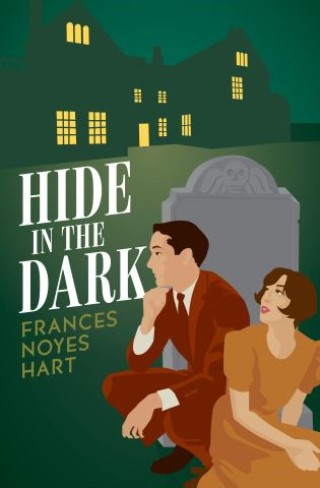 Hide in the Dark

At a manor in Maryland, thirteen guests gather to celebrate Halloween—but before the party is over, only twelve are left alive . . .

Halloween night, 1928. It has been years since a group of friends, all of them witty, well-dressed, and wealthy, have gathered at the house known as Lady Court—and since one of their own died tragically young. But despite the haunting memory of poor Sylvia and the secrets still lurking among them, the old friends’ appear to be in high spirits. Amid the laughter, they play holiday-themed games, one of which requires the lights to be turned off. It is during this brief darkness that one of their party is murdered.

Now, as a storm rages and knocks the telephone line out, the atmosphere of fun and flirtation turns to fear, and the rest of the night will be spent trying to unmask a killer . . .

“Hart . . . has inlaid her mystery with a filigree of wit and romance.” —Time