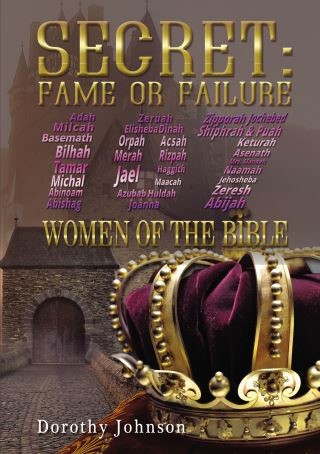 Generations past and present have always debated gender role and gender stereotype with much variance. What is paradoxical is that many of the concepts governing women in society do not originate among women. Sad but true, in some cultures the value placed on women is equal to that of a commodity or a product used by consumers. Female bias can be less remuneration than their male counterpart for the same job. Within religious circles, although women and men received the same theological training, women are not recognized in the same manner.

As a health professional, personal conversations with thousands of women from around the world revealed one trend. They had little self-worth, were not empowered and others saw them similarly.

It must be noted that even historians portray no ancient writing as unique as the bible, whose successful female characters existed within an exclusively male dominant culture when women were excluded from the population statistic of their times (Exodus. 11:37) and (Matt.14:21 and 15:38).

Significant changes are occurring in some areas of the world as women struggle for their rights to freedom and equity. While writing this book, British Broadcasting Cooperation (BBC) highlighted areas of breakthrough, the first story women drivers in Saudi Arabia allowed obtaining driver’s license. The second story featured a stewardess on a Turkish Airline taking legal action against the Airline for been paid less than her male counterpart. The third Malala Yousafzai (Noble Peace Prize Winner) who was shot in her head by the Taliban 2012 for campaigning for education among girls was fit to return home after six years. The fourth a major historical land mark; her campaign for women’s right to vote during the 19th Century was memorialized in 2018 more than one hundred years later. In her honor Millicent Farcet the first female statue was erected and unveiled in London.

Secret: Fame or Failure provides unbiased, biblical solutions, empowering women by positive role models (although not exclusively for women). It features life in the palace and life among ordinary people who did uncommon things. This unique book enhances the knowledge of men and women who have read and studied the bible for many years creating a hunger for cultural, ancestral heritage within scriptures. It is saturated with revelation and teachings linking the lives of the biblical women to women today.

Dorothy derived from Greek ‘doron’ and Theo’s means God’s gift. A stable upbringing, regular family devotions and Sunday school attendance marked my childhood. A Diploma in Theology and a Bachelor in Health Studies are among my achievements. Lived and worked in the Caribbean and London among varying ethnic, religious, cultures and preferences. Has worked with families, managed a team and travelled to over twenty countries. Passionate to see women realize their worth and achieve their purpose.