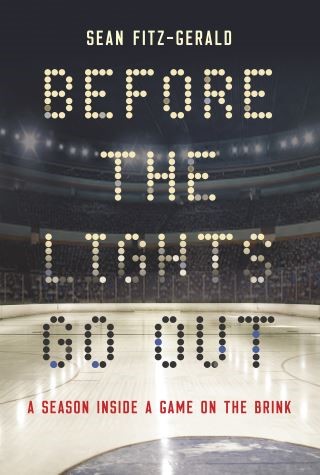 Before the Lights Go Out

A Season Inside a Game on the Brink

A love letter to a sport that's losing itself, from one of Canada's best sports writers.

Canadian hockey is approaching a state of crisis. It's become more expensive, more exclusive, and effectively off-limits to huge swaths of the potential sports-loving population. Youth registration numbers are stagnant; efforts to appeal to new Canadians are often grim at best; the game, increasingly, does not resemble the country of which it's for so long been an integral part.
These signs worried Sean Fitz-Gerald. As a lifelong hockey fan and father of a young mixed-race son falling headlong in love with the game, he wanted to get to the roots of these issues. His entry point: a season with the Peterborough Petes, a storied OHL team far from its former glory in a once-emblematic Canadian city that is finding itself on the wrong side of the country's changing demographics. Fitz-Gerald profiles the players, coaches and front office staff, a mix of world-class talents with NHL aspirations and Peterborough natives happy with more modest dreams. Through their experiences, their widely varied motivations and expectations, we get a rich, colourful understanding of who ends up playing hockey in Canada and why.
Fitz-Gerald interweaves the action of the season with portraits of public figures who've shaped and been shaped by the game: authors who captured its spirit, politicians who exploited it, and broadcasters who try to embody and sell it. He finds his way into community meetings full of angry season ticket holders, as well as into sterile boardrooms full of the sport's institutional brain trust, unable to break away from the inertia of tradition and hopelessly at war with itself.
Before the Lights Go Out is a moving, funny, yet unsettling picture of a sport at a crossroads. Fitz-Gerald's warm but rigorous journalistic approach reads, in the end, like a letter to a troubled friend: it's not too late to save hockey in this country, but who has the will to do it?

Sean Fitz-Gerald: Sean Fitz-Gerald is senior national writer for The Athletic, in Toronto. He has worked for the National Post, The Canadian Press and the Toronto Star, and taught at Ryerson University. In 2015, Sports Media Canada named him Canadian sportswriter of the year. Before the Lights Go Out is his first book.