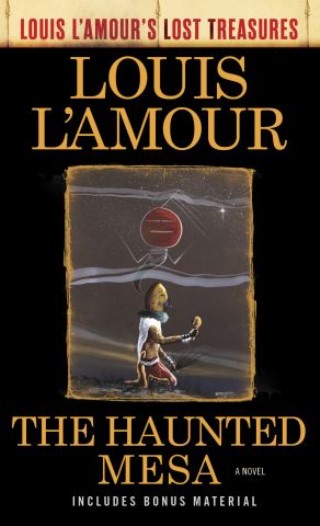 The Navajo called them the Anasazi, the “ancient enemy,” and their abandoned cities haunt the canyons and plateaus of the Southwest. For centuries the sudden disappearance of these people baffled historians. Summoned to a dark desert plateau by a desperate letter from an old friend, renowned investigator Mike Raglan is drawn into a world of mystery, violence, and explosive revelations. Crossing a border beyond the laws of man and nature, he will learn of the astonishing world of the Anasazi and discover the most extraordinary frontier ever encountered.

Louis L’Amour’s Lost Treasures is a project created to release some of the author’s more unconventional manuscripts from the family archives.

In Louis L’Amour’s Lost Treasures: Volumes 1, Beau L’Amour takes the reader on a guided tour through many of the finished and unfinished short stories, novels, and treatments that his father was never able to publish during his lifetime. L’Amour’s never-before-seen first novel, No Traveller Returns, faithfully completed for this program, is a voyage into danger and violence on the high seas. These exciting publications will be followed by Louis L’Amour’s Lost Treasures: Volume 2.

Additionally, many beloved classics will be rereleased with an exclusive Lost Treasures postscript featuring previously unpublished material, including outlines, plot notes, and alternate drafts. These postscripts tell the story behind the stories that millions of readers have come to know and cherish.