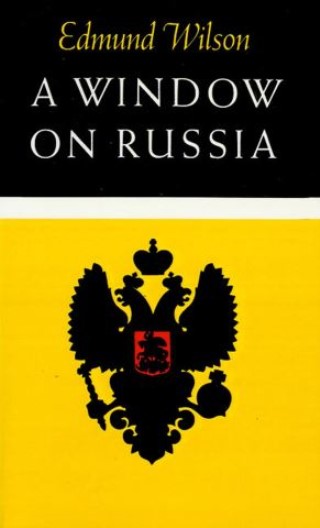 A Window on Russia

For the Use of Foreign Readers

A Window on Russia is a collection of Edmund Wilson's papers on Russian writers and the Russian language (which he taught himself to read), written between 1943 and 1971. Writers discussed include Pushkin, Gogol, Chekov, Turgenev, Tolstoy, among others.

"In A Window on Russia, which Wilson modestly calls 'a handful of disconnected pieces, written at various times when I happened to be interested in the various authors,' we encounter that rare pleasure of entering a living world where the dead hand of academia never casts its shadow." - Kirkus Reviews

Edmund Wilson: Edmund Wilson (1895-1972) was a novelist, memoirist, playwright, journalist, poet, and editor but it is as a literary critic that he is most highly regarded. His more than twenty books include Axel’s Castle, Patriotic Gore, To the Finland Station, and Memoirs of Hecate County.