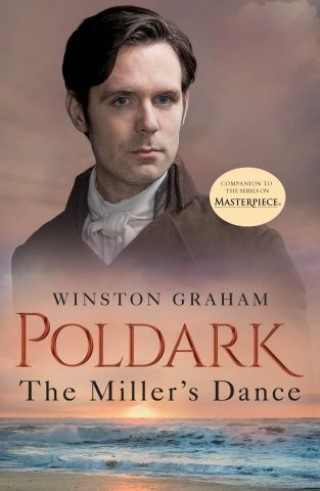 At Nampara, the Poldark family finds the new year brings involvement in more than one unexpected venture. For Ross and Demelza there is some surprising - and worrying - news. And Clowance, newly returned from her London triumphs, finds that her entanglement with Stephen Carrington brings not only happiness but heartache.

As the armies battle in Spain, and the political situation at home becomes daily more obscure, the Poldark and Warleggan families find themselves thrust into a turbulent new era as complex and changing as the patterns of the Miller's Dance . . .

In his Poldark series, Winston Graham explores the complications of love lost and the class struggle of early 19th-century England with a light comic touch. The Miller's Dance is followed by the tenth book in the series, The Loving Cup.

Winston Graham: WINSTON GRAHAM is the author of more than forty novels, including Cordelia, Marnie, The Walking Stick, Stephanie, and the Poldark Series. His novels have been translated into seventeen languages. Six of his books have been made into films, the most notable being Marnie, directed by Alfred Hitchcock. The first television adaptation of the Poldark series was enormously successful and the new adaptation is being shown widely around the world. Winston Graham was a Fellow of the Royal Society of Literature and in 1983 was awarded the Officer of the Order of the British Empire (OBE). He died in 2003.