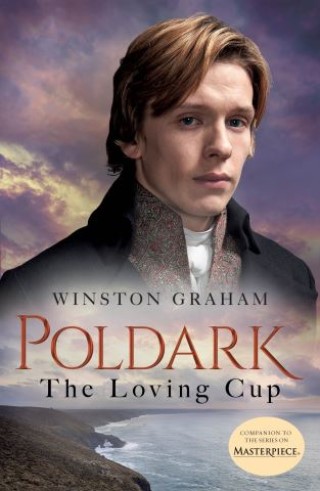 A silver cup lies half-forgotten in a dank cave, amongst a pile of stolen goods. Yet the tiny vessel and its inscription Amor gignit amorem haunts the lives of the still-feuding Poldark and Warleggan families, as Ross, Demelza and the ambitious and powerful Sir George Warleggan watch their children make the decisions that will shape their destinies.

In the closing years of the wars against Napoleon, for Jeremy and Clowance, and for arrogant, cynical Valentine Warleggan, these are troubled and momentous times . . .

In his Poldark series, Winston Graham explores the complications of love lost and the class struggle of early 19th-century England with a light comic touch. The Loving Cup is followed by the eleventh book in the series, The Twisted Sword.

Winston Graham: WINSTON GRAHAM is the author of more than forty novels which have been translated into seventeen languages. Six of his books have been made into films, the most notable being Marnie, directed by Alfred Hitchcock. The first TV adaptation of the Poldark series was enormously successful and the new one is being shown widely around the world. Winston Graham was a Fellow of the Royal Society of Literature and in 1983 was awarded the Officer of the Order of the British Empire (OBE). He died in 2003.