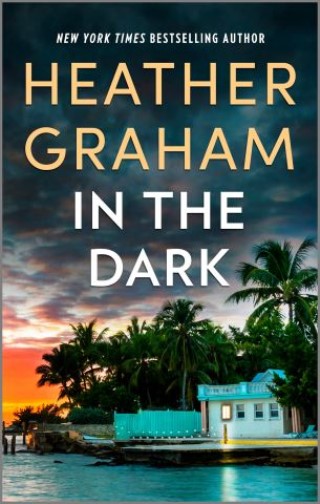 Be swept up in this thrilling classic romantic suspense! Only from New York Times bestselling author Heather Graham.

Alexandra McCord’s perfect life was crumbling. After stumbling upon the body of a dead woman, she found that her working paradise on Moon Bay Island had turned into a nightmare. Each piece of evidence she discovered seemed to point toward someone on the island—and to herself as the next victim. But who would do this? And why had David Denham, the ex-husband she hadn’t seen for more than a year, chosen this moment to reappear in her life?

When a hurricane destroyed her only escape route, Alexandra found herself believing her ex-husband’s claims that he’d returned out of concern for her, but there had always been more to David than met the eye. What was he hiding? The evidence pointed toward his guilt, but Alexandra felt compelled to defy logic and trust in the safety of his embrace. No matter what, either her heart or her life would be forfeit.

Heather Graham: New York Times and USA Today bestselling author Heather Graham has written more than a hundred novels. She's a winner of the RWA's Lifetime Achievement Award, and the Thriller Writers' Silver Bullet. She is an active member of International Thriller Writers and Mystery Writers of America. For more information, check out her websites: TheOriginalHeatherGraham.com, eHeatherGraham.com, and HeatherGraham.tv. You can also find Heather on Facebook.