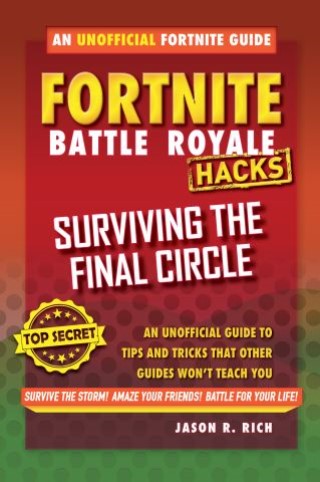 "2018's first real gaming phenomenon. It's kind of extraordinary to watch. . . . It's not hard to see why gamers everywhere (and of all ages) are more than a little obsessed with it."
―Forbes

"Quickly exploded, conquering the Battle Royale genre . . . Nothing quite sums up 2018 on the internet quite like Fortnite. It’s highly addictive."
―Newsweek

"The biggest game on the internet."
―CNBC

"Everyone is playing it."
―Chicago Tribune

"The biggest game in the world . . . The top of teenagers' most wanted games list."
―Guardian

"The video game taking over the world."
―Quartz

"Already racked up a staggering 40 million players since it debuted in the fall, with 10 million joining in the first two weeks."
―New York Post

"The game's rise thanks to its Battle Royale mode is exceptional."
―Game Informer

"Fortnite Battle Royale is on top of the world. Not only is Epic's battle royale game the most-watched game on Twitch, but it displaced 2017's big ticket game PlayerUnknown's Battlegrounds, a game that spent the better part of last year dominating the video game industry."
―USgamer

"No signs of the game slowing down."
―Metro

"For a new game mode to be so rapidly developed while differing so much from the game's original vision, and to overshadow the original mode to this degree, is unprecedented."
―PC Gamer